10th September 2020 – Smart City operator Connexin today announces it has raised an initial commitment of up to £80 million in funding to further strengthen its position and become the leader in the smart infrastructure and Internet of Things (IoT) sector. The new investment will support the expansion of the business to meet the expected growth in demand for smart networks in UK cities and their connecting infrastructures, enabling better connectivity, as well as smarter, more efficient services to communities.

The large injection of capital has been provided by Whitehelm Capital (Whitehelm), one of the world’s largest independent infrastructure managers.

Connexin has already achieved many ground breaking achievements in a short time frame. In 2019, Connexin delivered the UK’s first purpose built Smart City Operating System for Hull City Council and this year helped Amey implement Connexin’s CityOS platform to improve highway maintenance services across Sheffield. The added investment from Whitehelm will enable Connexin to accelerate its business strategy and maintain resilience, whilst responding to the market demand for smarter infrastructure and technology.

“Now more than ever, we have been taught by the pandemic the true value of technology and the societal

benefits that it has for citizens. At Connexin, we’re building sustainable, programmable infrastructure for today and tomorrow. This financing further validates the digital transformation we have delivered within cities, communities and the utility sector through our leadership and innovation in the smart infrastructure and IoT space.

We are extremely excited to be working with the Whitehelm team and look forward to continuing our commitment to building programmable infrastructure of the future that will address future challenges, drive economic savings, promote a better quality of life and create environmental improvements.”

“Whitehelm is delighted to partner with Connexin to support the development of digital infrastructure in the UK.  At a time when connectivity has become more important than ever, we have identified a significant need to invest in regional networks and support local communities.  Connexin’s long and successful track record in providing connectivity services to these local communities, businesses and municipalities make it a perfect partner.

Connexin and its founders Furqan Alamgir and Alex Yeung have an outstanding track record in developing digital infrastructure and we are looking forward to a successful partnership.  In addition to the initial commitment of up to £80 million, Whitehelm has earmarked further capital for investment through the partnership.”

Connexin uses an Internet of Things foundation for its digital strategy and its Smart City Operating System (OS), Connexin CityOS, allows communities to be fully programmable with its next generation network. CityOS centralises information and with that Power of Data generates insights to improve the wellbeing and quality of life for individuals.

“This investment isn’t just about Connexin. It affects every community. Everyone deserves clean air, tidier streets, safer roads. By allowing all communities to have access to our digitally connected infrastructure, it enables connected devices to “speak” to one another which paves the way for amazing things.

By way of example, we create solutions for councils that can monitor air quality and communicate this information with people who suffer with breathing conditions to help against prevent asthma attacks and reduce hospital admissions. We’ve also helped the utility sector with smart metering for leak protection for better water performance to help tackle the problem of 3.1 billion litres of water lost each day due to water leakage.

With this investment, we can replicate the success we have in building smart communities across the country. It’s how we all want to live by just being smarter.” 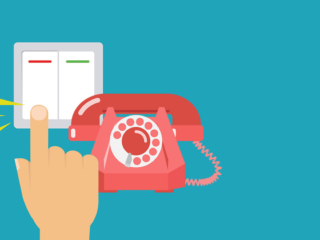 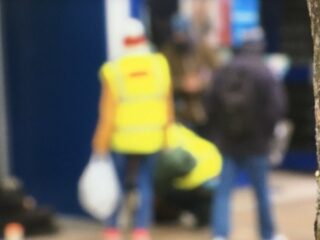