The Northern Tech Awards are back for 2022 and Connexin are proud once again to be nominated within the Top 100 Fastest Growing Technology Companies in the North of the UK. Organised by GP Bullhound, the awards celebrate the biggest tech success stories including business development and innovative technologies from across the North of England, Scotland and Ireland.

Living by their missions to ‘simplify technology to connect the real world with the digital world, to improve the way live, Connexin have been working tirelessly with city councils and businesses across the country to support their ambitions and drive to go digital.

During 2022, Connexin have secured key contracts with the likes of Severn Trent Water where Connexin and their partners are digitally transforming the water networks in Coventry and Warwickshire. The £20m project, part of Severn Trent Water’s Green Recovery Programme, will see Connexin and their partners rolling out a new smart water network across the two regions.

Sunderland City Council has announced the deployment of a new Integrated Smart City Platform (ISCP), provided by Connexin, to enhance services and cement its position as a UK smart city leader. The solution will pool data sets across Adult Social Care, Council Tax, Anti-Social Behaviour, Environment Incidents & Health and Child Services from both the Council and will include third party data. This collated information will be aggregated and analysed to inform a collective and coordinated multi-agency response at the earliest point, whether that’s removing graffiti or helping people who are at risk or need support.

Closer to home, Connexin are breaking the broadband monopoly and are in the process of building a full 10Gbps capable fibre network across the city of Hull, bringing choice to families and businesses in the area. With an £80m investment from PATRIZIA; one of the world’s largest independent infrastructure funds, has meant Connexin can accelerate their strategy in building smarter and more connected cities and places.

The Top 100 league table acknowledges the 100 fastest growing and most successful technology companies spotlighting the North Tech ecosystem, recognising the innovative companies on the frontline of the regions success.

These companies recorded higher average growth rates than the previous two years (47% vs 42% and 39% respectively) and were higher than pre-pandemic levels. The top-ranking companies this year have performed better than ever before – with the Top 25 growing on average by almost 110% year-on-year between 2019 and 2021.

Each year the awards and held at a different city across the North and this year will take place in Manchester on Thursday 22nd June 2022.

Best of luck to everyone who have been shorted listed this year. 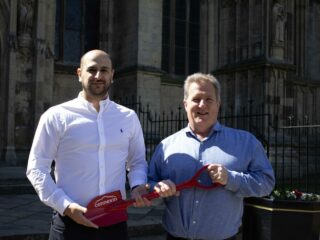 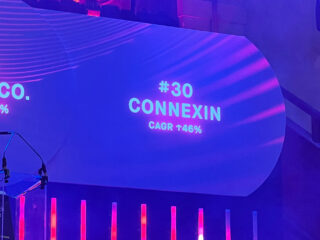