Shortlisted for awards in Innovation & Technology and Large Business of the Year, Connexin joined over 500 of the regions’ top businesses and entrepreneurs along with a host of dignitaries congregated at the DoubleTree by Hilton, where fifteen awards were presented including the prestigious Lifetime Contribution Award during a glittering ceremony.

Connexin triumphed over other shortlisted finalists Moodbeam and ResQ to win the Innovation & Technology category sponsored by BP, as well as technology harnessing law firm Rradar to win Large Business of the Year, sponsored by Gosschalks.

Putting itself at the centre of Hull’s smart city revolution, Connexin has recently finished a project to build a hyper-dense city wide LoRaWAN network for Hull and has partnered with the City’s council on a waste management project supported by the new infrastructure.

The company began life in a bedroom co-founded by Furqan Alamgir and Alex Yeung and has grown from strength to strength, leading the forefront, developing the next generation of national voice and data telecom platforms as well as being able to respond to the increasing demand amongst local authorities for smart city technologies required to support the Internet of Things.

The company continues its rapid growth and was recently named one of the Top 100 Fastest Growing Tech Companies in the Northern Tech Awards.

Now in their 18th year, The Hull Daily Mail Business Awards is a key date on the business calendar in Hull and across East Yorkshire and celebrates the region’s thriving business community.

“We are tremendously proud to be recognised for not just one, but two Hull Daily Mail Business Awards this year.

“I would like to take this opportunity to say a huge thank you to the hard work, dedication and sacrifice of our team without whom, any of this would not be possible.

“Connexin strongly believes in the economic potential of the North. With our roots firmly entrenched in Hull, we are incredibly proud to be part of the local business community.“

“These awards just get bigger and better as do the quality and quantity of entries.

“The best thing about them is that they highlight the tremendous amount of hard work, determination and talent that goes on locally to make sure we have a thriving business economy.

“There are some great businesses in our region and some brilliant individuals.”

Judges of the awards said:

“The standard of entries this year was incredibly high, and in some categories it was almost impossible to select two or three finalists.

“The variety of businesses which have entered this year’s awards simply go to show what an incredible array of talent Hull and East Yorkshire has on offer. 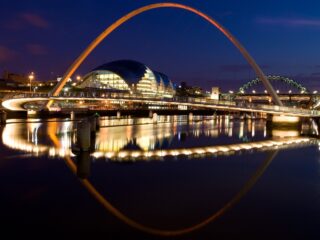