Smart City and IoT Operator Connexin have been awarded a recent tender by Newcastle University‘s Urban Observatory to deploy a LoRaWAN network in Newcastle, increasing their ability to use low powered sensors across the city.

The tender by the Urban Observatory supported by Newcastle City Council signals the next step of Newcastle’s smart city journey which has seen them already win several awards as they strive to further contribute to their three digital objectives – improving outcomes for people; delivering cost savings in public service delivery and continuing to promote Newcastle as a testbed for tech innovation and economic growth.

Having worked with Connexin previously on the award winning, “smartest street” project in 2017 as part of the Great Exhibition of the North, the deployment of a LoRaWAN network in Newcastle upon Tyne supports researchers at the Urban Observatory and their partners to better understand how the city system functions and how different parameters interact such as green spaces, flooding and traffic congestion.

The Urban Observatory is the UK’s largest urban experiment collecting data about 60 different urban indicators, everything from energy use, rainfall and flooding to air pollution, traffic flow, noise and social media activity. The data collected on these indicators is also freely accessed on their data portal, with downloads approaching the 7 million mark.

The Urban Observatory team plan to use the new network to support research on urban flooding with real-time forecasting and digital twins, gain insights into the impact of COVID measures through people counting and active travel monitoring as well as track indictors for climate and the city’s net zero target.

“Cities face multiple challenges dealing with inequality, climate change and poor air quality.  Developing a wide-ranging sensing infrastructure provides all of us – researchers, citizens and city governance with the tools needed to make evidence-based decisions and properly appraise the efficacy of our interventions; learning from success and failure.  This network will allow us to expand the UK’s largest urban monitoring network for the future.”

“I am pleased that Connexin are back in Newcastle and helping to further improve our excellent connectivity infrastructure.

“The LoRaWan deployment will allow the Urban Observatory to deploy further sensors across the city, collecting useful data to inform Council and individual decision making.  We hope the network will also be used by local SMEs as a platform for trialling technology and developing new products.

“Supporting the digital sector remains a key priority and we’re proud to be able to get behind innovative projects such as this which keep our city at the forefront of an industry that will be key to unlocking future opportunities for residents and businesses.”

The news comes after Connexin’s announcement regarding the ongoing rollout of a national LoRaWAN network with Newcastle joining other cities such as Hull and Sheffield in deploying a city-wide LoRaWAN network, demonstrating the value of utilising shared infrastructure for IoT deployments. The new network in Newcastle will also utilise Cisco networking equipment following previous deployment success in Hull and Sheffield.

“Newcastle have always taken a people first approach to innovation and the investment in an IoT network for the city embodies this perfectly. The network will enhance the way data is collated from assets within Newcastle and further support the development of practical applications improving the lives of those living, working and visiting their great city.” 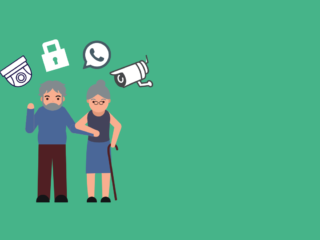 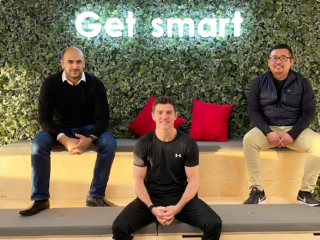