Welcome to our first Tech Digest! In each edition we highlight some of the key stories and news from the tech world that we think you’d be interested in whether you are a public organisation focussed on digital transformation, a business working with the Internet of Things or even just someone with a keen interest in tech. Let’s get into this month’s edition.

The economics of the “Chip Shortage”

When COVID-19 spread in March 2020, the demand for vehicles dropped, and automakers rushed to cut their orders of all parts including the semiconductor chips that power everything from the infotainment screens to the collision avoidance systems of a modern car. The chip manufacturers were able to divert this supply to tech companies who were ramping up production to meet demands for electronics such as laptops, 5G phones and even the latest PS5 and Xbox Series X. Then in the third quarter as the demand for passenger vehicles picked up, chip manufacturers were already committed to supplying their big customers in consumer electronics and IT who were capitalising on the remote working trend.

Most companies had adopted the Just-In-Time Manufacturing principles, that focused on minimising inventory meaning that they did not have a stockpile of microchips for this scenario. Furthermore, When the Trump administration began blacklisting Chinese tech companies such as Huawei Technologies, ZTE etc, these firms began stockpiling chips that were essential to their 5G smartphones and networking equipment. More recently, bad luck has exacerbated the problem. An atrocious winter storm in Texas shutdown semiconductor factories, and a fire at a plant in Japan caused similar delays. To make matters worse, the rise in logistical costs have increased ten-fold over the past year, resulting in significantly higher shipping costs.

All of these factors on their own are not enough to cause a significant disruption in the global silicon industry, but the main challenge is being able to increase capacity to meet this increased demand. Building new chip factories requires billions of dollars in investment, 2-3 years to equip factories with all the right fabrication equipment and train the specialist workforce. To put it simply, there is no short-term solution on the horizon. Companies like TSMC and Intel have already committed billions of dollars to building new factories but these are expected to start production from 2025 onwards. For now, companies could continue to experience delays and disappointment for months to come.

Increased security for IoT devices in the UK

The Product Security and Telecommunications Infrastructure (PSTI) bill has been introduced in the UK, focussing on improving the cybersecurity for IoT devices. One of the most common vulnerabilities that is exploited by hackers is the use of default passwords. The PSTI bill bans companies from shipping IoT devices with default passwords. It ensures that all new devices must be shipped with unique passwords and they must not be able to be reset to a universal factory default setting. The enforcing regulator has not been decided yet, but this regulator will have the authority to fine companies for non-compliance up to £10 million or four percent of their global turnover.

We all know that the future of war is cyber, therefore, data analysis and computer simulations can offer valuable insights to support the defence strategy of a country. The UK Ministry of Defence is working on something called a ‘Digital Backbone’ that incorporates a new capability called a ‘Single Synthetic Environment’ or SSE. An SSE uses AI and Machine learning to offer a multi-layered simulation of a city including high-quality mapping and information about critical national infrastructure, such as power, water, transport networks, and telecommunications. This can then be overlaid with other information, such as smart-city data to generate models that give detailed picture of how a region or city might react to a given event: a disaster, epidemic, or cyberattack or a combination of such events. The quantitative insights obtained from these simulation models will play a critical part in defining the future defence policies of nations.

Sign up for our IoT newsletter to get the best insights and stories from the world of IoT and digital transformation in your inbox every month here. 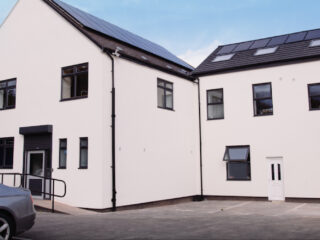 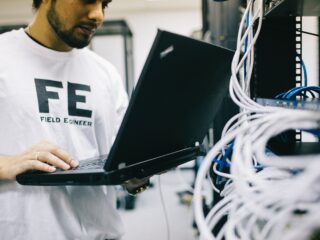