The Free Wi -Fi service officially launched on 21st December with the help of Councillor Alan Clark and Gary Taylor of Hull City Council, who all pressed the button along with the Connexin team and our very own ‘Captain Connexin’.

The free Wi-Fi is being launched in phases with the first areas to benefit from our new service are the Marina and Princes Dock Street in the city centre before making its way to King Edward Street, Queen Victoria Square, Jameson Street, parts of the Old Town, as well as the Interchange and areas within major public parks including East, West, Pickering and Pearson. In addition, there will be a number of sites in ‘digital inclusion areas’ including North Bransholme, Orchard Park, Long hill and Preston Road with the opportunity to expand coverage even further across the city.

Users will be able to enjoy 50MB worth of free downloads a day, with expected speeds of between 10-15mbs. Furqan Alamgir, Founder & CEO of Connexin said about the launch day:

“We are building this as our flagship smart city network that will support smart IoT applications as well as offering free Wi-Fi to users. We are very excited to be working with Hull City Council who are keen on pushing Hull forward as a technology leading city.

“The network will support Wi-Fi roaming so you can walk throughout the coverage areas without a drop your connection. The system will also remember your device so you won’t have to keep logging on, making it easy to use.

“At Connexin we are building world leading intelligent networks using a mix of fibre and wireless technologies to support the Internet of Things (IoT) and service the growing requirements of our growing cities.”

Mr Alamgir said he believed Connexin has been chosen as the provider of choice by the council following a very competitive tendering process because of its technological ability.

He said: “The key is our technology. We have our own team in-house that builds this type of technology so we are able to build solutions that others can’t.”

Hull City Councillor Alan Clark, who joined the Connexin team at the launch along with other council members said:

“The launch of free wi-fi was another part of the jigsaw that Hull has been missing for some time, Partnering up with Connexin was the very start of Hull becoming one of the big players on the wider digital map.”

“It will help people make the important statements instantly on social media either from a festival or just from watching street art in 2017. This also will have the social element when it’s rolled out to estates across the city allowing people better access to help them in everyday life.”

Hull City Council has chosen Connexin to build and manage the Wi-Fi network for 10 years. Connexin has already built a super-fast fixed broadband network in Hull, servicing thousands of customers. In addition to their wireless and broadband services, Connexin also offers a state of the art Hosted Phone System which compliments the broadband offering.

The Super Fly Wi – Fi will feature “HelloHull.com” an online platform for businesses in and around Hull. We are proud to be working in Partnership with Hello Hull, an online guide for places to visit and things to do in Hull including restaurants, attractions, hotels and so much more, the website will be launching in January 2017 with the Wi-Fi portal. 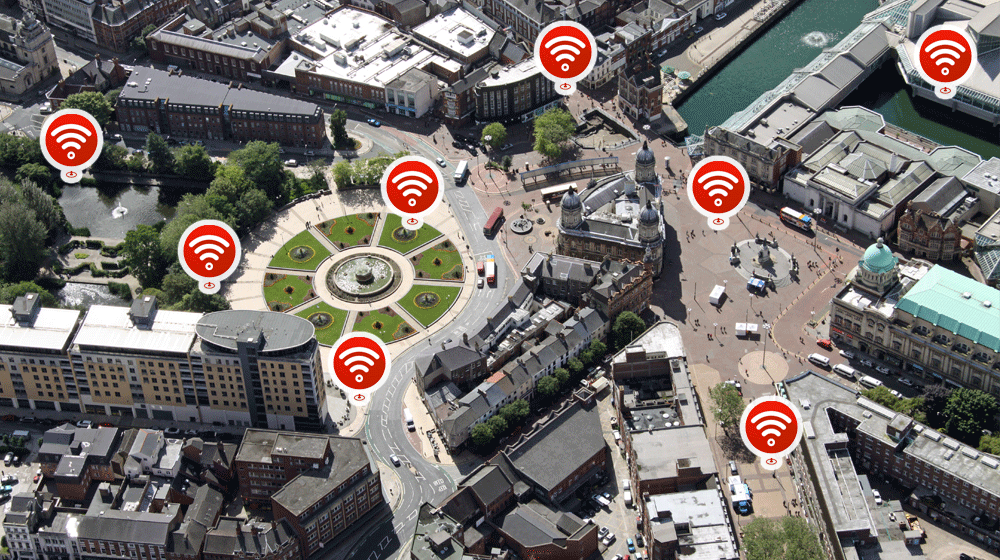